What if your community had a way to organize itself, so that it better represented ALL the work that was happening? Not just which is deemed “economic value” but inclusive of commons care work and mutual value exchange, within a tight group of trusted friends.

DisCOs are Distributed Cooperative Organizations, a framework that stems from the peer-to-peer movement and work of the Guerrilla Translation Collective. DisCOs are a playful, artful feminist alternative to the patriarchal and top-down economies we are familiar with. Going beyond time-banking and DAOs, DisCOs are a way to organize and create communities that recognize and support the importance of labor that nurtures people and the commons alongside any particular mission or product the group is producing.

Centralisation and trust have been growing issues as networks grow, and layers of tech have evolved to try and solve some of these problems. However, the “solutions” usually do not include all the layers of care, that as women, we know we are fully immersed in.

“We need a cooperative, feminist, commons-oriented alternative to DAO (decentralised autonomous organizations)… DAOs are based on blockchain technology where there is a techno-optimistic idea that if we can program things correctly, we can create zero-trust situations where we don’t have to trust each other as humans. The problem is though, those algorithms are created by humans. The trust issue doesn’t disappear.”  – Lisha Sterling

Bloom Network is a DisCO!

Bloom Network rests in-between the spaces of a nonprofit – a corporation – and a grassroots decentralized effort. Because Bloom has a different perspective for how organizing needs to happen, preferring decentralized ways of caring for community, it has made it difficult to plug in with the existing institutional structures to raise money and apply for grants. Discovering the DisCO model has been a revelation, and this model has been articulated well and in a fun way. We hope to work with and refine this model of working over the coming years so that Bloom is a living, dancing example of a DisCO. 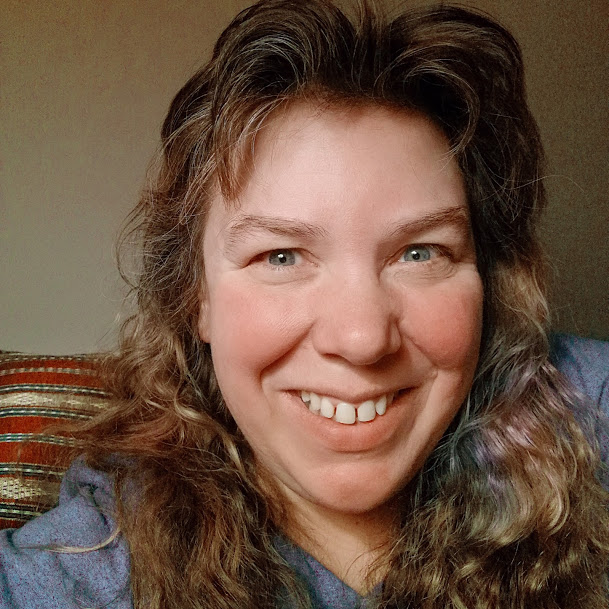 Lisha Sterling is the executive director at Geeks Without Bounds, a USA, non-profit, humanitarian organization of technologists, first responders, policymakers, and volunteers who work toward improving access to communication and technology. The aim of Geeks Without Bounds is to help people transform their bright ideas for civic and humanitarian technology into sustainable living projects using open source technology.

The Guerrilla Media Collective asked Geeks Without Borders to help develop software for DisCOs. GWOB is deeply interested in this work, because like Bloom Network, GWOB is in that in-between space, listed as a non-profit (which cannot be called a cooperative under legal definition in many states in the USA), and using a cooperative model internally.

The Origins of the DisCO

The Guerrilla Translation Collective developed the DisCO concept via lived experience which  began in 2013. Literally a translation volunteer collective (working for activist causes) they needed a way to organise the workers and work involved, while trying to address imbalance between paid labour and the invisible work required to keep the project healthy. Maintaining relationships with allies and customers, time-consuming background work and maintaining good internal communication are all important to an organisation, but do not directly bring in monetary value. In 2018, the collective reviewed lessons learned and established a more explicit governance model. Thus the DisCO was born.

How do we combine the need for trusting humans with the reality that humans aren’t always trustworthy? Guerrilla Translation Collective and the https://disco.coop/ have a wealth of helpful resources to help understand these concepts.

In a DisCO, there are four main elements:

The picture below shows the evolving nature of cooperative and distributed design.

Platform cooperatives are cooperatively owned, democratically governed businesses that are established with a computing platform. It is a cooperative organization with a digital layer that facilitates the sale of their goods and services. Nathan Schneider who spoke on Bloom’s first Future Economies call is part of a successful platform cooperative.

DisCOs are similar because software is used as a layer to help with trade, managing value flows within and between DisCOs.

What kind of a revolution would it be without a disco ball?” – Lisha Sterling

Guerrilla Media Collective has established three core types of work/credits, to ensure that everybody gets paid for all of their hours:

GMC has an equation that works out how many hours people have given each month. The model tracks the value whether it be commons oriented pro bono work, ethical market livelihood work, or reproductive work to create a fair distribution of income. If your work is unevenly distributed, you can top up the other types the following month.

The seven DisCO principles are adapted from the seven principles of cooperatives, which have been statutorily oriented towards the common good, multi-stakeholder in nature, which is tied into a locally oriented global network (eg GMC coordinates with different printers in different parts of the world, so that things can be printed locally and shipped a shorter distance instead of shipping from a centralised location). Head to https://disco.coop/ to read in more detail.

Each individual DisCO is a group of anywhere from two to 20 people, but preferably not more than 20 people. By working with small trusted groups it is easier to wield the organisation because you are working together every day. You have a way to manage the income and the values you have together.

When DisCOs then want to work with other DisCOs, this is where technology like a DAO can be useful. Trade, or working on larger cooperative projects together means that the trust levels are different so DisCOs might choose to put more into using digital contracts.

Trading does not have to be in monetary terms either. You might choose to trade based on the value of something else, bananas, or an hour of massage therapy.

Questions from the audience

Outside of the initial organization, have there been other organizational use cases that you might be able to describe?

There are projects just starting and piloting this concept, but there is no project going longer than 2 years, because that’s how new this concept is.

Two pilot programs are Cooperation Jackson working with Mondragon University, in Spain. And in Zimbabwe, there is a hackerspace called Multi-talented Maker Space, which is in the early stages of establishment, and are starting right from the beginning as a DisCO.

What software are you developing?

The main part is an accounting software that is very specifically tailored to DisCOs, built in a distributed manner on top of something called Commons Pub, which if you’re familiar with Activity Pub, Commons Pub is built on top of Activity Pub.

We’re using Commons Pub together with Interledger, to create an accounting software that also can move value around. So that within a single DisCO you can manage both units of value, whether that’s widgets that have been made, or man hours worked, or whatever your widgets of value are, with whatever the exchange for that is, whether you’re paying in bananas, or Bitcoin, or Euro, or dollars, or whatever. That software needs to be something other than ‘off the shelf’ existing software, because it allows the individual DisCO to define its governance, and its value equations.

Using that DisCO’s value equations, the money is divided, and percentages of your wages every months is split between love work, care work and livelihood work.

And if your work that month does not achieve the percentage the DisCO values are set at, the the software adjusts so that the extra love work you did this month goes into future credits. If I did all love work one month, then livelihood work the next month, and the month after that I’m doing all care work, the software understands what the split is and makes sure that across a period of time things get evened out out according to their equation.

There are other parts of the software that are not part of this grant, but we’re also working on an open source tool that will help teams to do their collaborative work. We’re building it on top of Next Cloud, which gives you something kind of like the Google Apps environment where you’ve got email and shared documents. Think of it like an open source replacement combo for Trello, Whiteboarding software and Google Drive.

Many thanks to Lisha Sterling, Geeks Without Bounds, DisCO, and Guerrilla Media Collective for bringing this model forth and making the time to collaborate with Bloom Network.