You Say Decentralized, I Say Potato: The DisCO Manifesto is live and ready to download

What are DisCOs and why do we need them?

DisCO stands for Distributed Cooperative Organization, a way for people to work and create value together that’s cooperative, creates commons and is based on feminist economic principles.

The DisCO’s cousins, the Decentralised Autonomous Organisations (DAOs) promise to allow people to exchange economic value, to pool resources and form joint-ventures, without control from the centre, in ways that were impossible before blockchains.

However, the core concepts of DAOs and crypto-economic mechanism design — incentives, penalties and secrecy — are not a natural starting point for most people forming new ventures together. Neither, funnily enough, is money.  So what are DisCOs and why do we need them? DisCOs are an approach to forming Distributed Open Cooperatives. Let’s take this one track at a time.

The famous anarcha-feminist Emma Goldman said “If I can’t dance, it’s not my revolution!” DisCOs throw open the door and invite whole new tribes to join together with the crypto-economists on the dancefloor of planetary-scale cooperation, to co-create new moves and movements for working people, and to form common pools of care and value. 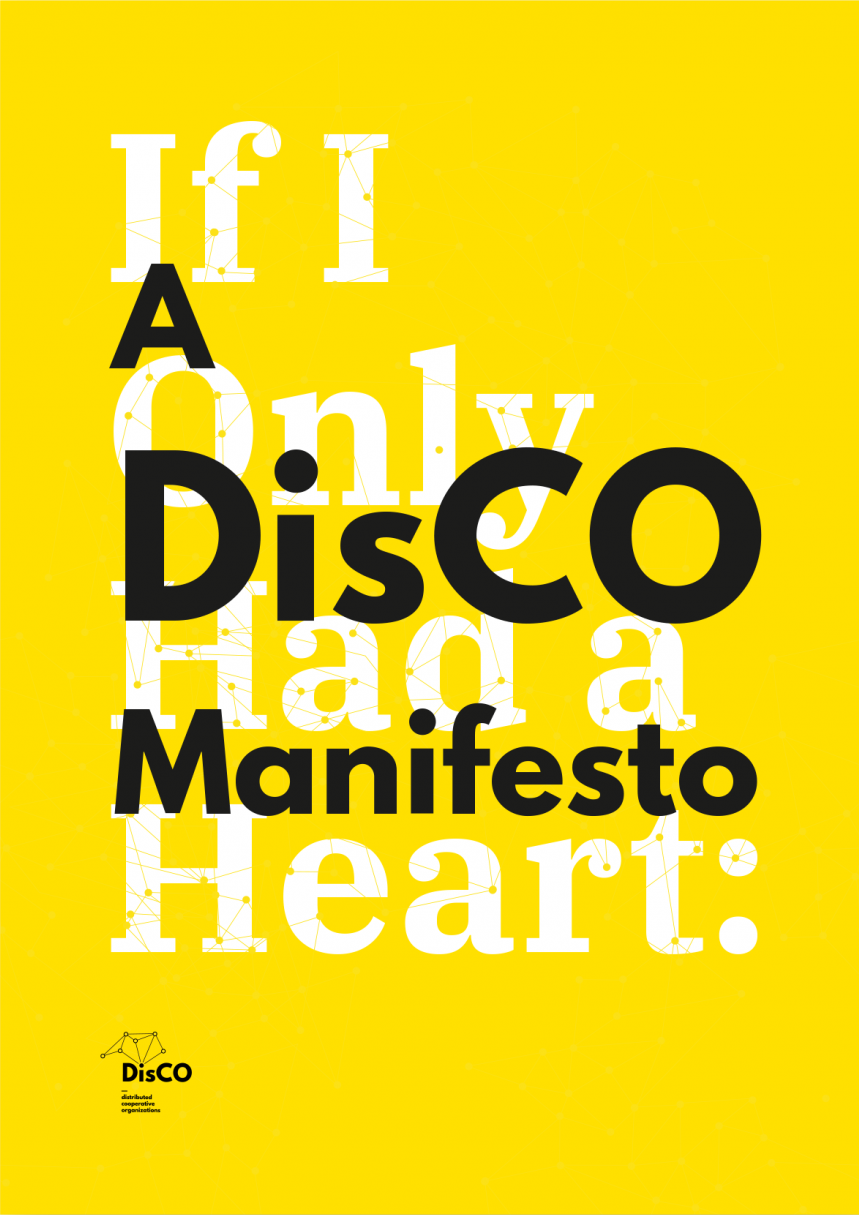 Co-published with the Transnational Institute (TNI), If I Only Had a Heart: a DisCO Manifesto is a deep dive into the worlds of the blockchain, commons, cooperatives, AI, feminist economics and more. At 80 pages, it’s a “longread” text that will take about an hour to read. 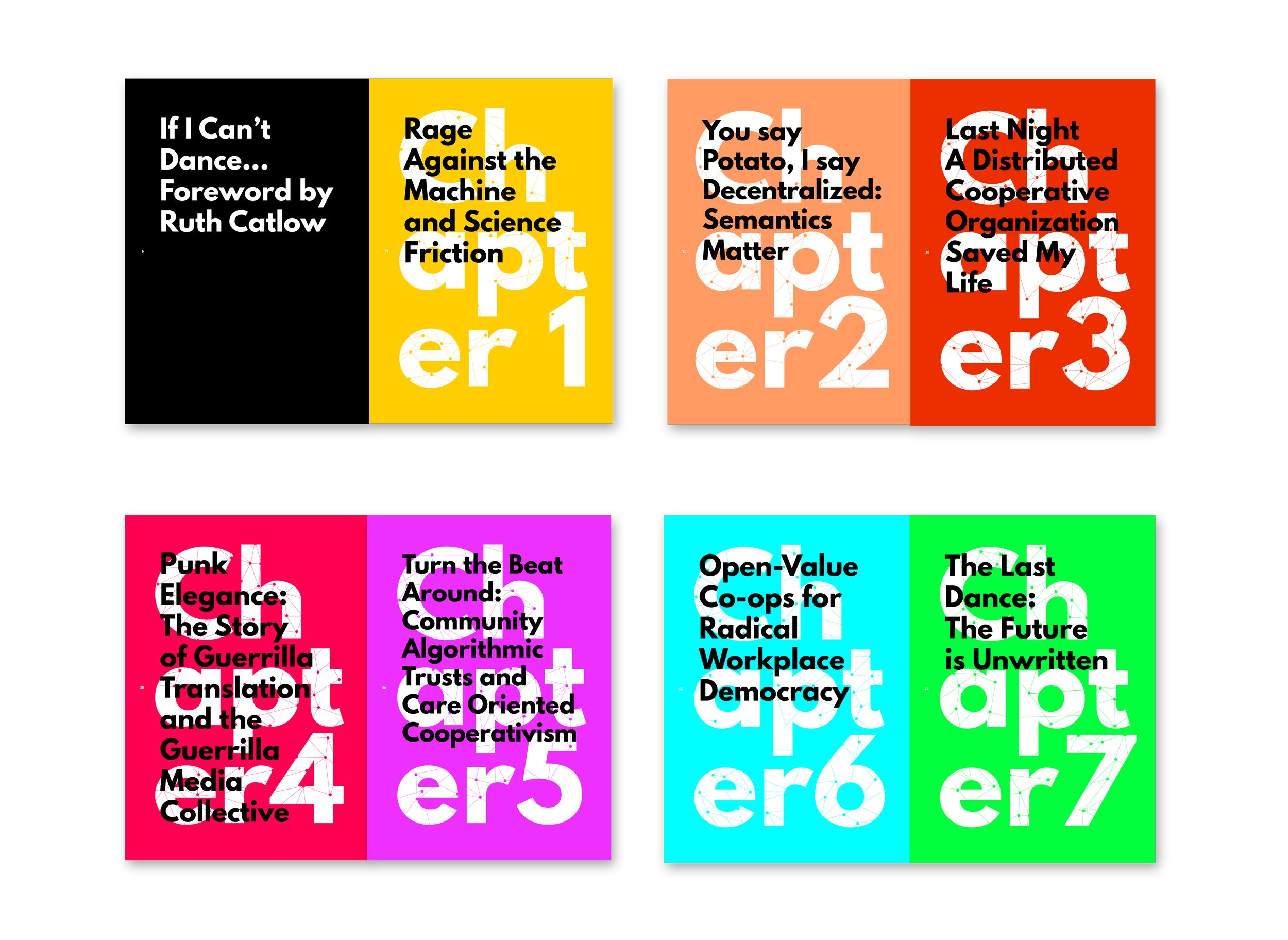 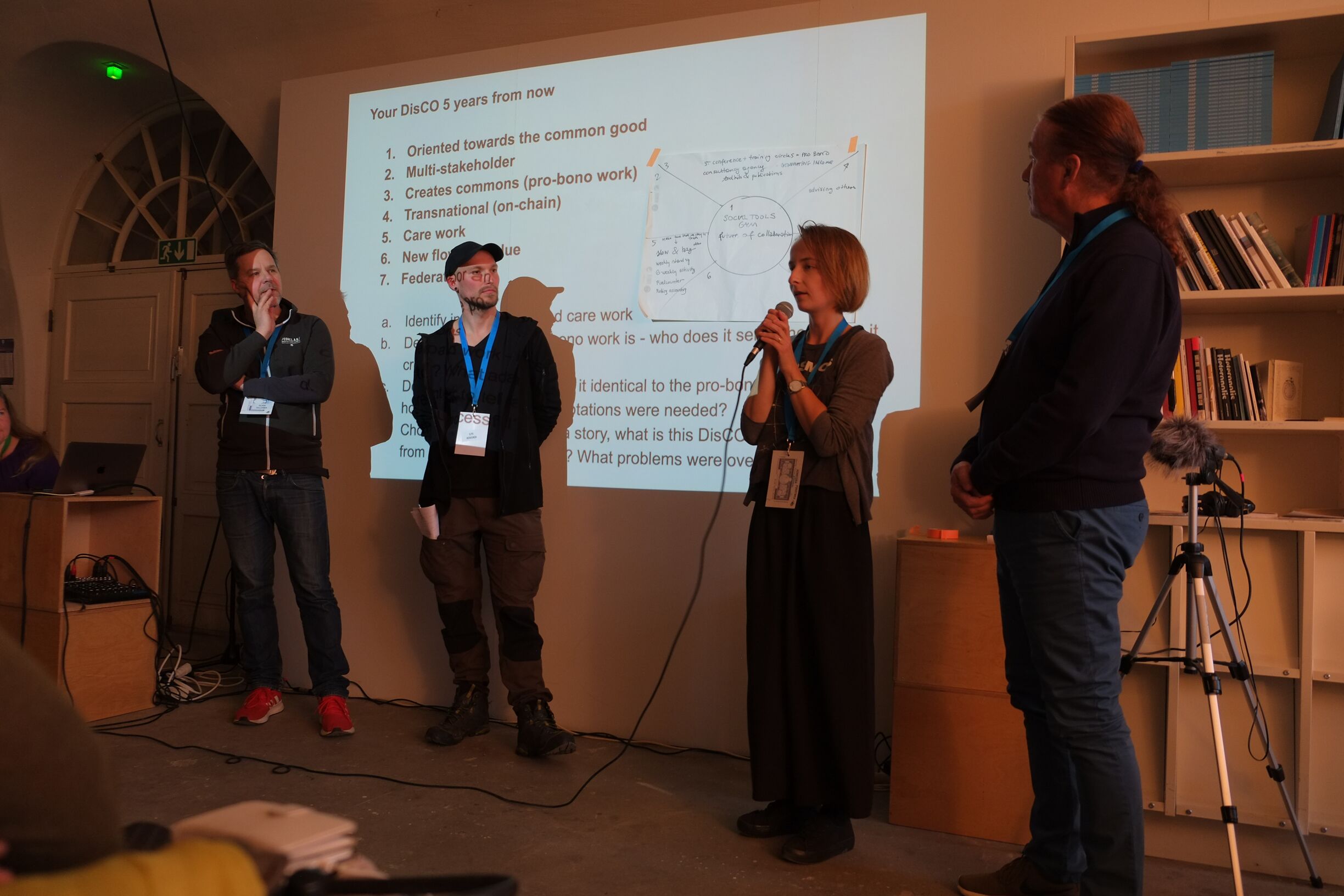 Stacco Troncoso, Ann Marie Utratel, Ruth Catlow and other members of the DisCO team will be at several events talking about the manifesto in the coming months. The next events include: